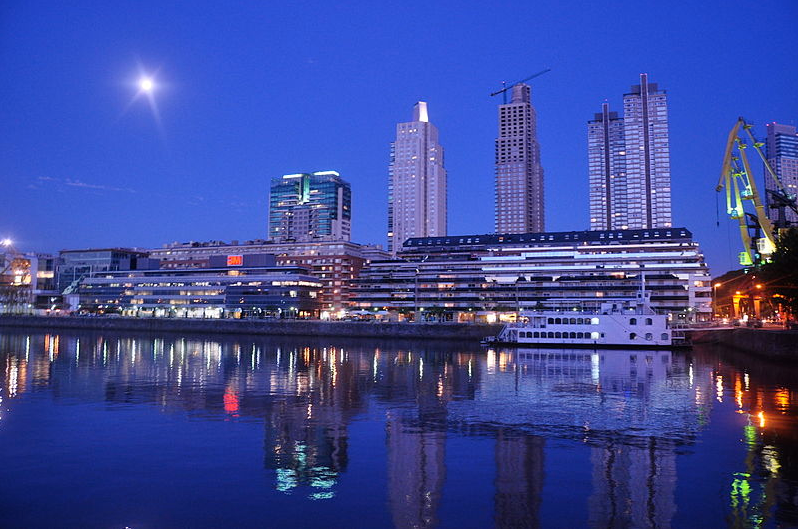 Black mountain solutions are able to offer full security services throughout Argentina including;

Be alert to street crime, especially thieves (often women) using distraction techniques. The most common form of distraction theft reported in Buenos Aires is the “mustard scam”. Thieves have been known to rob tourists while an accomplice pretends to help remove ketchup or mustard that has been ‘accidentally’ sprayed on them. If you find yourself in this situation, politely but firmly refuse assistance and walk away.

Keep a close eye on your personal possessions at all times. Thieves normally work in teams of two or more and tend to target small bags and pockets. Don’t carry all your valuables in one place. Avoid carrying large amounts of cash or wearing jewellery. You might be asked for a photo ID when paying with a credit card so carry one with you but keep it secured. A money belt under your clothes is the safest option. Keep a photocopy or scanned copy of your passport somewhere safe. Avoid isolated or poorly lit areas at night.

Thieves posing as hotel guests are known to snatch bags while tourists are checking into hotels or hostels. Keep your belongings close to you in restaurants and bars. Don’t hang bags on the back of your chair but keep them on your lap instead.

Thieves and pickpockets operate on public transport, bus and train terminals. Handbags can be cut open in crowded places. Mobile phones are snatched while being used on the street. Thieves on motorbikes are known to snatch bags from pedestrians. Thefts from unattended vehicles, especially hire cars are common. Keep your valuables out of sight. Avoid using ATMs at night and remain aware of your surroundings when withdrawing money.

In Buenos Aires, remain alert at all times but particularly in the areas of San Telmo, La Boca, Retiro , Florida Street, 9 de Julio, Avenida de Mayo and Rivadavia Avenues near the obelisk area. Distraction thefts at the Retiro Bus terminal are very common.

Robberies involving physical violence and the use of weapons are known to occur in the streets immediately outside of the Caminito tourist area in La Boca. Make sure to stay within the designated tourist area where there are high visibility police patrols. If being robbed, hand over your cash and valuables without resistance. For English assistance contact the Tourist Police at Av Corrientes 436 or on +54 (0)11 4323 8900, extension 116310 (available 24 hours).

In Mendoza, remain alert at all times particularly at the bus terminal and at the General San Martín Park. Distraction thefts at the bus terminal are the second most common problem reported to the British Embassy. For English assistance contact the Tourist Police at San Martin 1143 or on +54 (0)261 413 2135 (available 24 hours).

If possible, book taxis in advance. If you hail a taxi in the street, only use a ‘radio taxi’. These have a clearly visible company logo on the rear passenger doors. Some popular ride hailing apps are not regulated by the government of Argentina. The City of Buenos Aires’ government site holds a downloadable list of registered taxi companies with their contact details. For transport to and from airports, the Aeropuertos Argentina 2000 site lists the options available at each airport in the country (select Our Airports).

Kidnappings and so called ‘express kidnappings’ occur in Argentina. Victims are held and forced to empty their bank accounts in different ATMs after which they are normally quickly released.

If you’re a victim of crime, you should inform the local police and get a police report from the nearest police station. You’ll also need the police report to apply for an emergency travel document from the British Embassy and to apply for a replacement passport when you return to the UK.

If you take part in extreme or adventure sports (including paragliding, climbing, off-road driving and hot air ballooning), make sure adequate safety precautions are in place. Only use reputable operators and insist on training. Make sure your travel insurance covers all the activities you want to undertake.

There have been occasional Falklands-related protests including outside the British Embassy and British affiliated businesses in Argentina.

Groups of demonstrators (piqueteros) sometimes block major roads into and out of Buenos Aires during times of social unrest. This can cause significant delays.

The departure of flights from airports in Argentina can be unreliable and susceptible to delays and cancellations. Check with your airline or travel company before travelling to the airport.

We cannot offer advice on the safety of individual airlines, but the International Air Transport Association publishes a list of registered airlines that have been audited and found to meet a number of operational safety standards and recommended practices. This list is not exhaustive and the absence of an airline from this list does not necessarily mean that it is unsafe.

A list of recent incidents and accidents can be found on the  website of the Aviation Safety network.

You will need an International Driving Permit to drive in Argentina.

Driving and road safety standards vary. Respect for speed limits and traffic signals is patchy, and other road users can make unexpected manoeuvres.  Crime against car users, particularly when stationary at traffic lights, is a problem. Keep windows closed and doors locked at all times in major cities.

Take care when driving in the Province of Misiones close to the borders with Paraguay and Brazil; the area is used to smuggle goods. Seek local advice if you intend to drive in this area.

There have been cases of disruption by activist groups and unions against British flagged shipping, and shipping involved in hydrocarbons or fishing activity in the Falkland Islands . If you are in charge of a vessel, make contact with your agent or the local authorities before travelling. Most cruise ships and visiting tourists should not be affected.